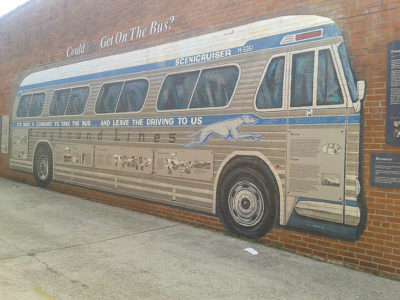 On 4 May 1961, militant students joined James Farmer of the Congress of Racial Equality (CORE) to conduct freedom rides on public transportation from Washington, DC, across the Deep South to New Orleans. The trips were intended to test Supreme Court decisions and Interstate Commerce Commission regulations prohibiting discrimination in interstate travel. In several places riders were brutally beaten by local people and policemen. On May 14 members of the Ku Klux Klan attacked the Freedom Riders in Birmingham, AL, while local police watched. In Mississippi, Freedom Riders were jailed. They never made it to New Orleans. The rides were patterned after a similar challenge to segregation, the 1947 Journey of Reconciliation, which tested the US Supreme Courts June 3, 1946, ban against segregation in interstate bus travel.