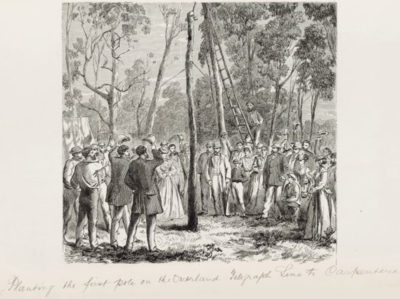 May 24, 1844. The first US telegraph line was formally opened between Baltimore, Maryland, and Washington, DC. Samuel F.B. Morse sent the first officially telegraphed words What hath God wrought? from the Capitol building to Baltimore. Earlier messages had been sent along the historic line during testing, and one, sent May 1 from a meeting in Baltimore, contained the news that Henry Clay had been nominated as president by the Whig Party. This message reached Washington one hour prior to a train carrying the same news.