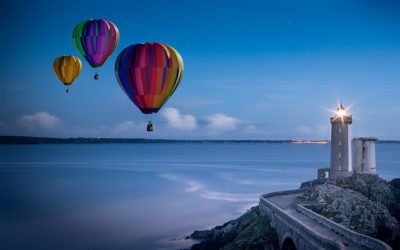 On 9 January 1793, A Frenchman, Jean-Pierre François Blanchard, made the first manned free-balloon flight in America’s history at Philadelphia, PA. The event was watched by President George Washington and many other high government officials. The hydrogen-filled balloon rose to a height of about 5,800 feet, traveled some 15 miles and landed 46 minutes later in New Jersey. Reportedly Blanchard had one passenger on the flight— a little black dog.