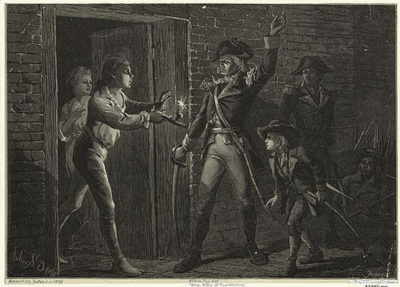 an 21, 1738. Revolutionary War hero and leader of the Vermont “Green Mountain Boys,” born at Litchfield, CT.

Ethan Allen is best remembered for his capture of British Fort Ticonderoga at Lake Champlain, NY, on May 10, 1775, which was the first major American victory of the Revolutionary War. He was captured by British forces on Sept 25, 1775, while attempting to capture Montreal and was a prisoner of war until 1778 when his release was secured in exchange for a British officer. Upon his return, Allen was an ardent supporter of Vermont’s separation from New York for independent statehood, although this goal was not achieved until 1791, two years after his death at Burlington, VT, on Feb 12, 1789.