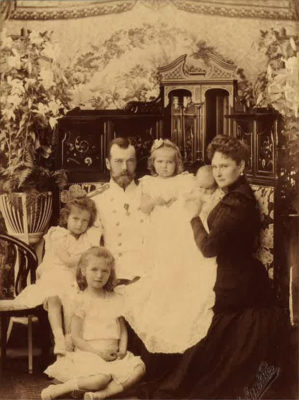 July 17, 1918. Russian czar Nicholas II; his wife, Alexandra; son and heir, Alexis; and daughters, Anastasia, Tatiana, Olga and Marie, were executed by firing squad on this date. The murder of the last of the 300-year-old Romanov dynasty occurred at Yekaterinburg, in the Ural Mountains of Siberia, where Nicholas had been imprisoned since his abdication in 1917. Local Soviet officials, concerned about advancing pro-monarchist forces, executed the royal family rather than have them serve as a rallying point for the White Russians. In 1992 two of nine skeletons dug up the previous summer from a pit at Yekaterinburg were identified as the remains of the czar and czarina.