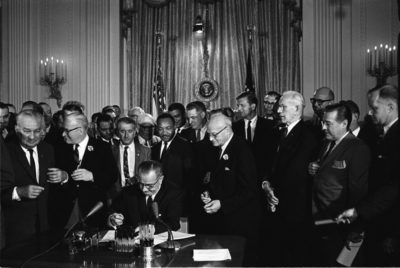 July 2, 1964. President Lyndon Johnson signed the Civil Rights Act of 1964 into law, prohibiting discrimination on the basis of race in public accommodations, in publicly owned or operated facilities, in employment and union membership and in the registration of voters.

The bill included Title VI, which allowed for the cutoff of federal funding in areas where discrimination persisted.