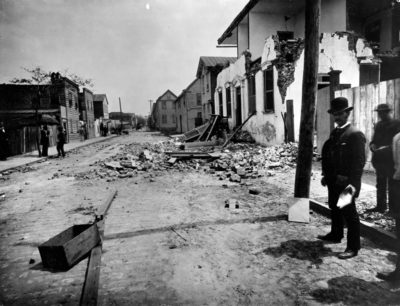 Aug 31, 1886. Charleston, SC. The first major earthquake in the recorded history of the eastern US occurred on this date. It is believed that about 100 persons perished in the quake, centered near Charleston but felt up to 800 miles away. Though a number of smaller eastern US quakes had been described and recorded since 1638, this affected people living in an area of about two million square miles.