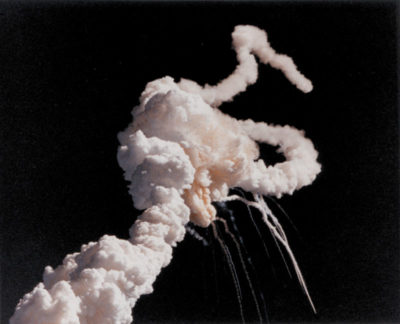 On 28 January 1986 at 11: 39 AM, EST, the space shuttle Challenger STS51L exploded, 74 seconds into its flight and about 10 miles above the earth. Hundreds of millions around the world watched television replays of the horrifying event that killed seven people. The billion-dollar craft was destroyed, all shuttle flights suspended and much of the US manned space flight program temporarily halted. Killed were teacher Christa McAuliffe (who was to have been the first ordinary citizen in space) and six crew members: Francis R. Scobee, Michael J. Smith, Judith A. Resnik, Ellison S. Onizuka, Ronald E. McNair and Gregory B. Jarvis.