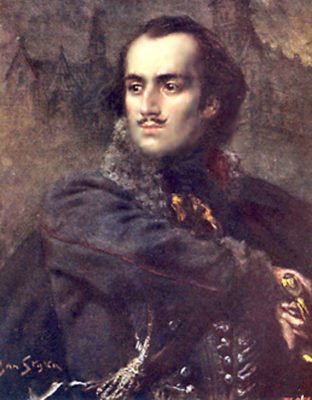 Born on 4 March 1747. American Revolutionary hero, General Kazimierz (Casimir) Pulaski, born at Winiary, Mazovia, Poland, the son of a count. He was a patriot and military leader in Poland’s fight against Russia of 1770– 71 and went into exile at the partition of Poland in 1772. He came to America in 1777 to join the Revolution, fighting with General Washington at Brandywine and also serving at Germantown and Valley Forge. He organized the Pulaski Legion to wage guerrilla warfare against the British. Mortally wounded in a heroic charge at the siege of Savannah, GA, he died aboard the warship Wasp 11 October 1779. In Illinois, Pulaski Day is celebrated as a holiday on the first Monday in March.