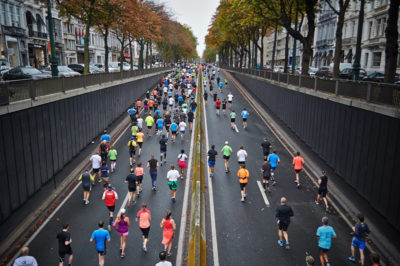 On 15 April 2013 at 2: 49 PM in the midst of the running of the Boston Marathon, Boston, MA, two pressure-cooker bombs exploded in short succession near the finish line killing three people and wounding more than 260. As the city of Boston faced an unprecedented manhunt, during the late evening of Apr 18 and into Apr 19, authorities accosted the bombers, two brothers of Chechen ethnicity from Russia. The brothers had murdered a police officer on Apr 18. The manhunt left one bomber dead, the other arrested, and 16 police officers wounded.