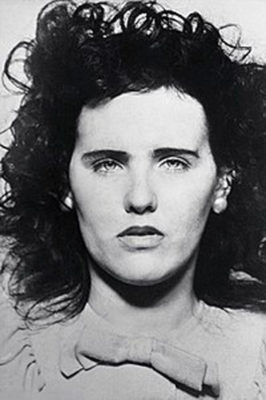 Jan 15, 1947. On this day, the body of Elizabeth Short was found in an empty lot in Los Angeles, CA. Short, nicknamed the Black Dahlia for her striking looks, had been murdered and mutilated, and her body’s discovery sparked a media frenzy. Although dozens of men (and women) confessed to the crime, those confessions were discounted. The murder remains Los Angelos, California’s most famous unsolved murder and one that evokes the noirish aura of postwar Los Angelos’s corruption and crime problems.