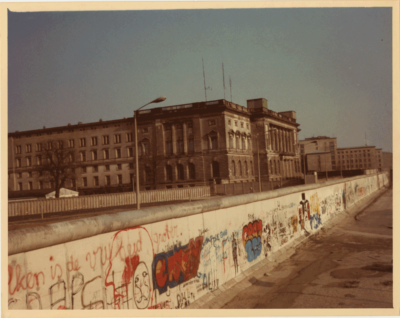 Nov 9, 1989. After 28 years as a symbol of the Cold War, the Berlin Wall was opened on this evening, and citizens of both sides walked freely through an opening in the barrier as others danced atop the structure to celebrate the end of a historic era. Coming amid the celebration of East Germany’s 40-year anniversary, pro-democracy demonstrations led to the resignation of Erich Honecker, East Germany’s head of state and party chief. It was Honecker who had supervised the construction of the 27.9-mile wall across the city during the night of Aug 13, 1961, because US president John F. Kennedy had ordered a troop buildup in response to the blockade of West Berlin by the Soviets.