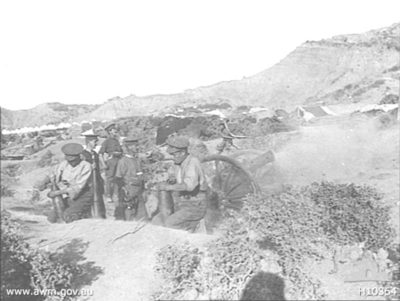 25 April 1915– January 1916. During WWI the Gallipoli Expedition, or the Dardanelles Campaign, combined Allied naval and military forces tried to capture the Gallipoli peninsula in Turkey in order to effect an open route to Russia via the Black Sea. One French and four British divisions were forced back by a strong Turkish-German defense after almost nine months of fighting. The Australian and New Zealand Army Corps (ANZAC) took much of the brunt of the battle.