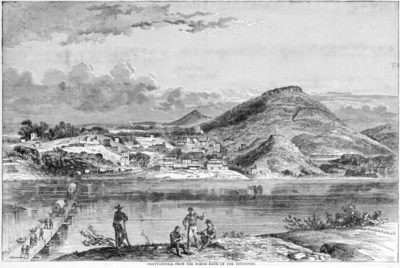 Nov 24, 1863. After reinforcing the besieged Union army at Chattanooga, TN, General Ulysses S. Grant launched the Battle of Chattanoogaon this date. Falsely secure in the belief that his troops were in an impregnable position on Lookout Mountain, Confederate general Braxton Bragg and his army were overrun by the Union forces, Bragg himself barely escaping capture. The battle is famous for the Union army’s spectacular advance up a heavily fortified slope into the teeth of the enemy guns.

Image: Harper’s pictorial history of the Civil War / Alfred H. Guernsey and Henry M. Alden.  This image is available from the United States Library of Congress‘s Prints and Photographs division under the digital ID cph.3c19562.