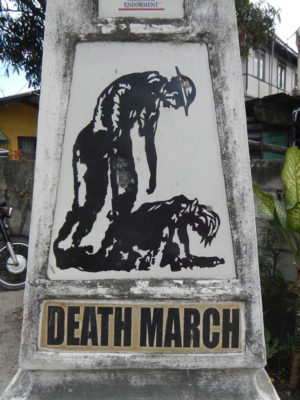 On 9 April 1942, American and Filipino prisoners were herded together by Japanese soldiers on Mariveles Airfield at Bataan (in the Philippine islands) and began the Death March to Camp O’Donnell, near Cabanatuan. During the six-day march they were given only one bowl of rice. More than 5,200 Americans and many more Filipinos lost their lives in the course of the march.