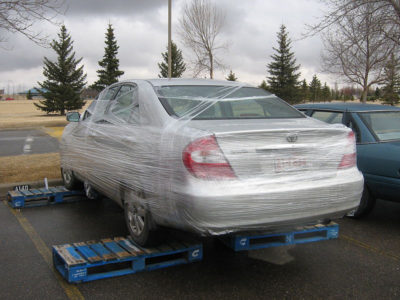 April Fools’ Day seems to have begun in France in 1564. Apr 1 used to be New Year’s Day, but the New Year was changed to Jan 1 that year. People who insisted on celebrating the “old” New Year became known as April fools, and it became common to play jokes and tricks on them. The general concept of a feast of fools is, however, an ancient one. The Romans had such a day, and medieval monasteries also had days when the abbot or bishop was replaced for a day by a common monk, who would order his superiors to do the most menial or ridiculous tasks.

According to Brady’s Clavis Calendaria (1812): “The joke of the day is to deceive persons by sending them upon frivolous and nonsensical errands; to pretend they are wanted when they are not, or, in fact, any way to betray them into some supposed ludicrous situation, so as to enable you to call them ‘An April Fool.’”