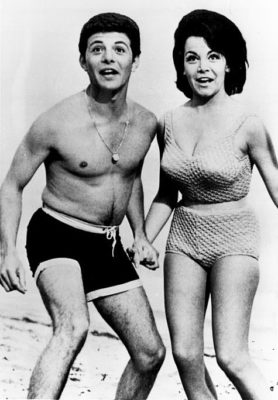 Oct 22, 1942. Americas Sweetheart was born at Utica, NY. Her first big break was as a Mouseketeer on Disney’s Mickey Mouse Show, arole she successfully transitioned into a career as a pop singer, scoring a string of hits in the 1950s. Funicello hit it big again in the early 60s with a series of beach party movies (Bikini Beach, Pajama Party, Beach Blanket Bingo), most alongside costar Frankie Avalon. Funicello was diagnosed with multiple sclerosis in 1987, and died from complications due to her condition Apr 8, 2013, at Bakersfield, CA.