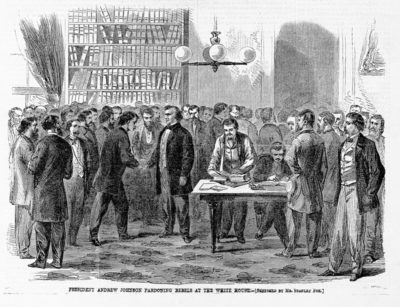 May 29, 1865. President Andrew Johnson issued a proclamation giving a general amnesty to all who participated in the rebellion against the US. High-ranking members of the Confederate government and military and those who owned more than $ 20,000 worth of property were excepted and had to apply individually to the president for a pardon. Once an oath of allegiance was taken, all former property rights, except those in slaves, were returned to the former owners.