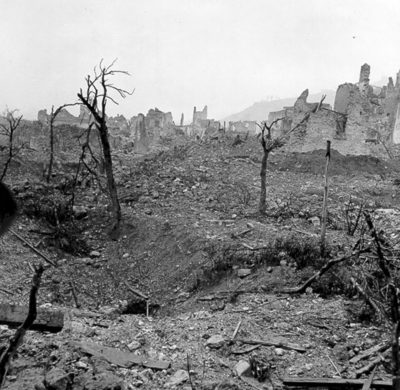 Between Oct 12, 1943, and Jan 17, 1944, there were five Allied attempts to take the German position at the Benedictine abbey at Monte Cassino. Although the abbey had been reduced to rubble, it served as a bunker for the Germans. In the spring of 1944 Marshal Alphonse Pierre Juin devised an operation that crossed the mountainous regions behind the fortress-like structure, using Moroccan troops of the French Expeditionary Force. Specially trained for mountain operations, they climbed 4,850 feet to locate a pass. On May 15, 1944, they attacked the Germans from behind. On May 18 Polish troops attached to this force took Monte Cassino.